High quality, well-known, with rich culture and history
Rated 4.71 out of 5 based on 7 customer ratings
(7 customer reviews)

We name it Jade Snail, as its beautiful green color and elegant shape. Its official name is Bi Luo Chun (碧螺春) – literally translated as green snail in spring.

However, before this tea became well-known and popular in China, it used to have a very illiterate name, called Fearful Fragrance (吓煞人香). That was based on one of its particular characters – strong and fascinating aroma.

In the Qing Dynasty, Emperor Kangxi（1654 – 1722） drank this tea and liked it very much. But he didn’t like the original name thus renamed it as Bi Luo Chun.

Bi Luo Chun is produced in Dongting mountain. On the surface of Taihu Lake, the water vapor is rising, the fog is thick, the air is moist, the soil is acidic, and the texture is loose. It is very suitable for the growth of tea trees. Due to the interplanting of tea trees and fruit trees, Bi Luo Chun tea has a special flower fragrance.

Dongting Mt is now a protected area. Only the leaves picked within Dongting West and Dongting East areas can be considered as originated and authentic Bi Luo Chun tea. 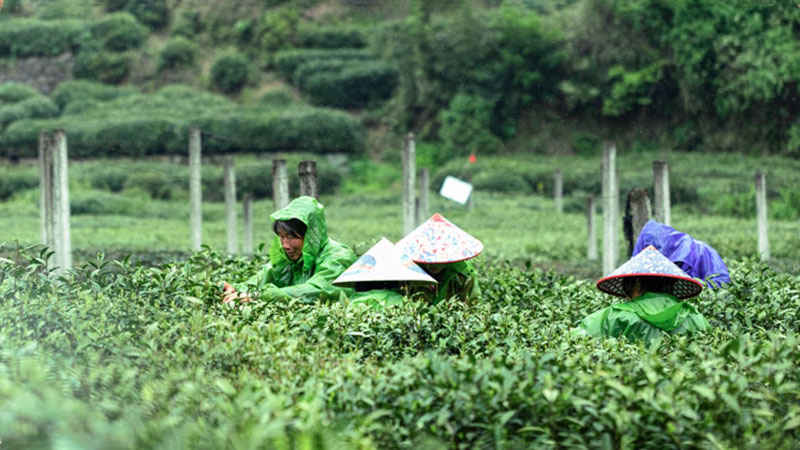 The pot temperature is 70 ~ 75 ° C, and the three methods of shaking, frying and kneading are used alternately. With the reduction of tea moisture, the strips are gradually formed.

Rub the ball and show the hair

It is the key process of forming a curly shape like a snail and a full coat of antler. The pot temperature is 50 ~ 60 ° C. while frying, vigorously knead all the tea leaves into several small groups with both hands, shake them from time to time and repeat them for many times until the strip curls and the antler is exposed. When it is about 80% dry, enter the drying process. It takes 13 ~ 15 minutes.

The method of light kneading and light frying is adopted to achieve the purpose of fixing the shape, continuing to show the hair and evaporating the water. When it is about 90% dry, start the pot, spread the tea on the mulberry paper, put the paper on the top of the pot and bake until it is dry. 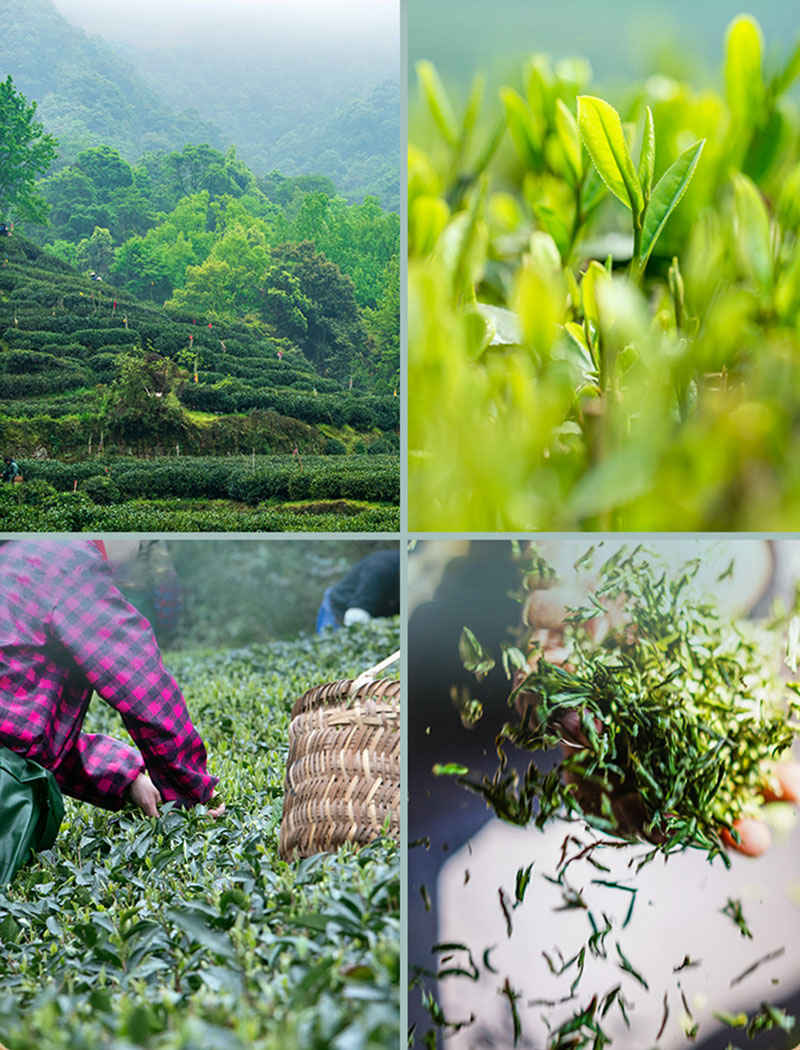